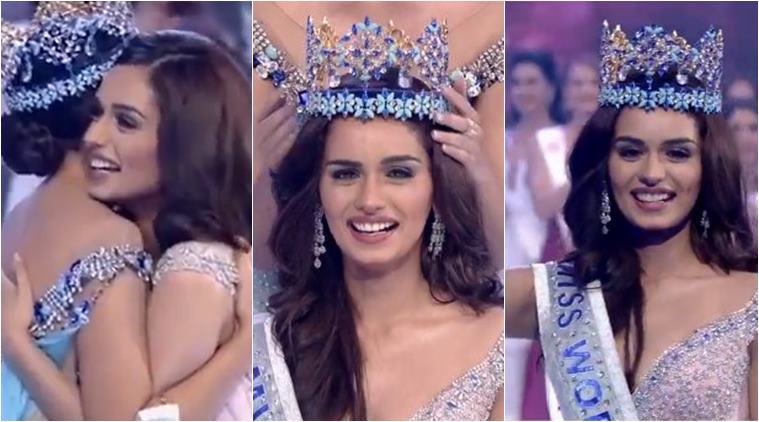 Winning hearts all across the globe, India’s Manushi Chhillar was crowned as Miss World 2017 on November 18. The 20-year-old medical student from Haryana won the prestigious title 17 years after international superstar Priyanka Chopra clinched the title in 2000. Competing against 108 contestants from various countries at a mega gala held at Sanya City Arena in China, she was also named one of the five winners of the Beauty with a Purpose award at Miss World 2017.

Contenders from India, England, France, Kenya, and Mexico bagged the top five spots in the final round of the prestigious pageant. Stephanie Hill, from England, was declared as the first runner-up and Mexico’s Andrea Meza was the second runner-up. Miss World 2016 winner Puerto Rico’s Stephanie Del Valle passed on the coveted crown to the new queen and it was indeed an emotional moment.

Steal a glance at the winning moment in a 4.51-minute clip that surfaced on social media.

For the final question at the competition, Chhillar was asked: “Which profession deserves the highest salary and why?” To which she replied: “I think a mother is of the highest respect. I don’t think its just about cash but love and respect she gives to someone. She is the biggest inspiration in my life. Mother should get the highest respect.”

Sacrificing one year of her education to participate in the Miss India competition, the medical student said she grew up idolising Reita Faria, the first Indian and Asian to win the Miss World crown in 1966.

we respect your privacy and take protecting it seriously