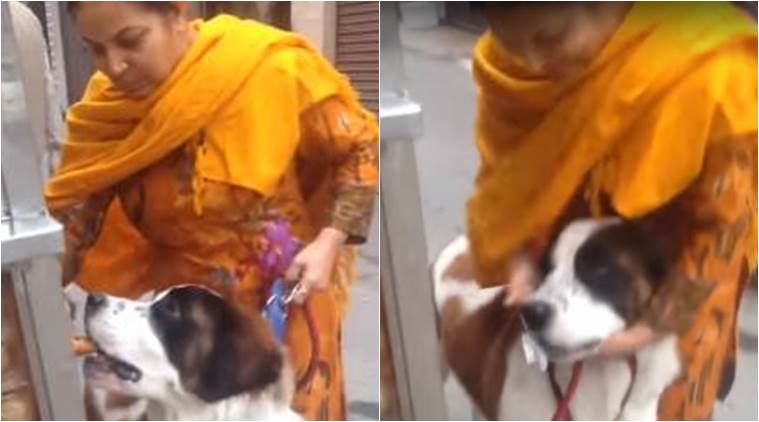 Would you take your pet out for a paani puri date? (Source: Er Karan Arora/YouTube)

A while back the video of a cow being fed gol-gappas went viral on the Internet. Well, now we have a ‘hooman’ lovingly feeding her pet dog a plateful of the fried spherical balls filled with tangy water that burst into your mouth – a video of which has gone viral on social media platforms.

As much as many of us would stand in long lines for a good plate of streetside paani puris, how many would make the trip only to feed our pet? Well, this woman must love her dog very much or maybe it was meant to be a treat for this canine as he was taken for a special trip to the gol gappa-walla for the snack.

The dog too gobbles them down rather diligently. Later the woman, taking a napkin from the vendor, wipes the animal’s snout and mouth.

Though it’s unclear where the video was shot or when, it’s touched a chord with people online. Do you take your pet out like this too? Tell us in the comments section below.

we respect your privacy and take protecting it seriously